A second woman has accused Virginia Lt. Gov. Justin Fairfax of sexual assault, saying the two were students at Duke University when Fairfax allegedly raped her.

Lawyers for the woman, Meredith Watson, said in a press release Friday that the alleged assault happened in 2000 and was “premeditated and aggressive.”

Watson is now calling for Fairfax to resign, the release said.

Fairfax denied the accusation and gave the following response:

“I will clear my good name and I have nothing to hide. I have passed two full field background checks by the FBI and run for office in two highly contested elections with nothing like this being raised before.” 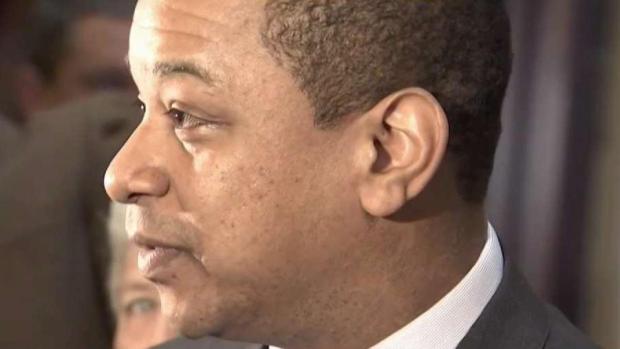 Watson is the second woman to accuse Fairfax of sexual assault. Vanessa Tyson, a political science professor on leave from Scripps College in California, accused Fairfax earlier this week of sexually assaulting her in a hotel room at the 2004 Democratic National Convention in Boston.

Fairfax has denied that account, saying that when he was 25, he had a “100 percent consensual” encounter with a woman he met at the convention.

On Friday, lawyers for Watson said she shared her account with friends via email and Facebook messages and said they have statements from former classmates saying Watson told friends about the assault.

“The details of Ms. Watson’s attack are similar to those described by Dr. Vanessa Tyson,” Nancy Erika Smith, an attorney for Watson, wrote.

Virginia Del. Patrick Hope, a Democrat who represents the 47th District in Arlington County, said he will move to impeach Fairfax on Monday if he has not resigned before then.

“I believe these women. He needs to resign immediately,” Hope said in a news conference Friday night.

Hope cited Virginia’s constitution, which states that the lieutenant governor can be impeached due to “malfeasance in office, corruption, neglect of duty, or other high crime or misdemeanor.”

Hope said the House of Delegates would have to grant him unanimous consent to move forward with legislation for impeachment.

“Due to the serious nature of these allegations, we believe Lieutenant Governor Fairfax can no longer fulfill his duties to the Commonwealth. He needs to address this as a private citizen. The time has come for him to step down.”

The Virginia Legislative Black Caucus joined the call for his resignation later Friday.

“In light of the most recent sexual assault allegations against Lieutenant Governor Justin Fairfax, the Virginia Legislative Black Caucus believe it is best for Lt. Governor Fairfax to step down from his position. We remain steadfast in our conviction that every allegation of sexual assault or misconduct be treated with the utmost seriousness,” the VLBC said in a statement.

“While we believe that anyone accused of such a grievous and harmful act must receive the due process prescribed by the Constitution, we can’t see it in the best interest of the Commonwealth of Virginia for the Lieutenant Governor to remain in his role.”

By late Friday night, nearly every Democratic elected leader in the state had called for Fairfax to resign.

And I believe Lieutenant Governor Justin Fairfax must resign.

Given recent developments, I believe that it is best for the Commonwealth of Virginia if Justin Fairfax dealt with these accusations as a private citizen. He can no longer serve us as the Lieutenant Governor of Virginia.

On Monday, I will be introducing articles of impeachment for Lt. Governor Justin Fairfax if he has not resigned before then.

It’s with deep regret and sadness that I have to call for the resignation of Justin Fairfax. Having more information available I can no longer stand with the Lt. Governor. I’m heartbroken to have to make this decision but I know in my heart it’s correct.

A few months back there was a candidate introduction/fundraiser. The Lt. Governor was the special guest. I will calculate what my campaign raised that night and donate that amount to LAWS.

Lieutenant Governor Fairfax should resign. The allegations against him detail atrocious crimes, and he can no longer effectively serve the Commonwealth. We cannot ever ignore or tolerate sexual assault.

One of Virginia’s most influential Democrats, Sen. @MarkWarner also calling for @LGJustinFairfax to step down @nbcwashingtonpic.twitter.com/ojgcPUgZio

“The allegations against Justin Fairfax are serious and credible. It is clear to me that he can no longer effectively serve the people of Virginia as Lieutenant Governor. I call for his immediate resignation,” Former Virginia Gov. Terry McAuliffe said.

Smith said Watson came forward because of a “strong sense of civic duty” and is not seeking any financial damages.

Tyson first publicly accused Fairfax Wednesday and Fairfax has previously referred to that allegation as a political smear.

Both allegations of sexual assault come as Virginia’s top three Democratic leaders are embroiled in scandal. Virginia Gov. Ralph Northam continues to face calls to resign after he first admitted Feb. 1 to being in a racist photo displayed on his 1984 medical school yearbook page. Northam later walked back that admission, saying he was not pictured in the photograph.

On Friday, Northam told his top staff that he is not going to resign, according to a top administration official.

Stay with News4 for updates to this developing story.

Trump on the Smollett Case: 'An Absolute Embarrassment to Our Country'