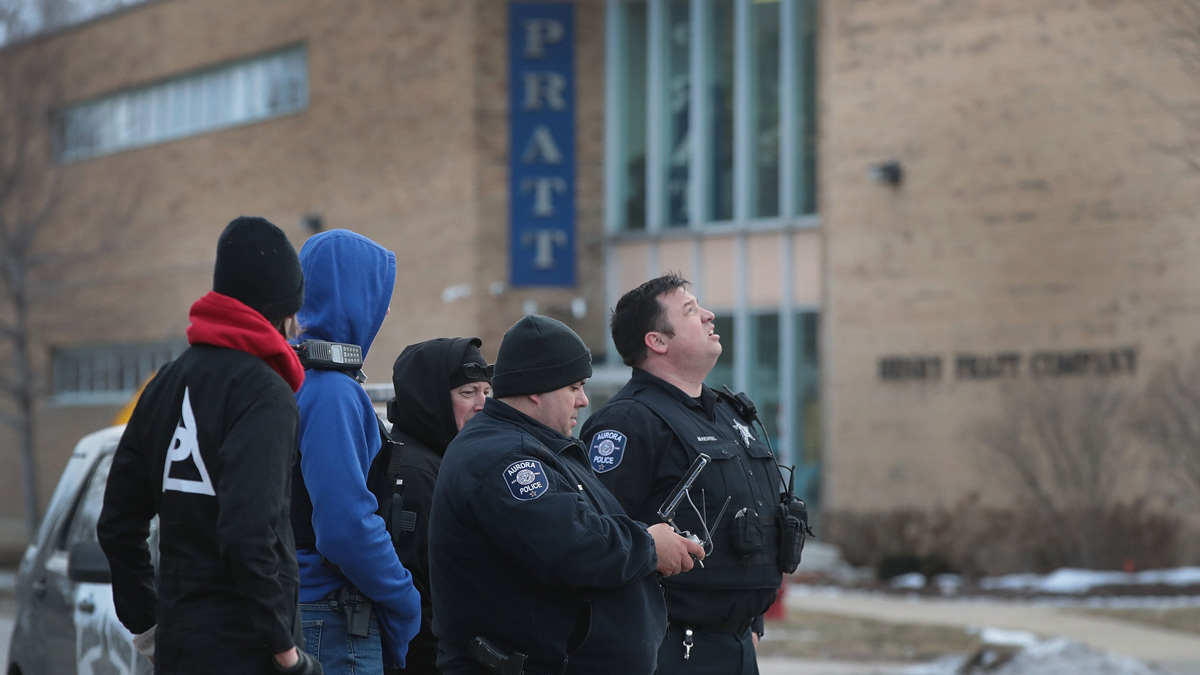 Police say that the gunman in Friday’s fatal shooting at an Aurora industrial complex purchased his gun legally, but that he was rejected for a concealed carry permit for the weapon.

45-year-old Gary Martin, identified as the shooter by police, applied for an Illinois Firearm Owners Identification card in Jan. 2014. He was approved for that card, and applied to purchase a handgun, the same one used in Friday’s shooting, in March of 2014.

Martin also applied for a concealed carry permit at the same time, but was rejected because of a felony conviction in Mississippi for aggravated assault, according to authorities.

Due to his failed background check, Martin was also stripped of his FOID card, meaning that he could no longer legally own the .44-caliber pistol.

Authorities are still working with the Bureau of Alcohol, Tobacco, and Firearms to determine what steps were taken after Martin’s failed background check.

The saga of how Martin acquired the gun is just one more example of what was a past filled with convictions, accusations, and court appearances.

NBC 5 Investigates has learned more about Martin’s past in the aftermath of Friday’s shooting. Court records show the 45-year-old was the subject of two orders of protection involving the same woman. One was issued in 2008 and another in 2013. The most recent order includes allegations of stalking. He also has 17 charges of misdemeanor disorderly conduct and criminal damage to property on his record—the latter of which he was convicted.

After Friday’s shooting, investigators thoroughly searched Martin’s apartment, and used a bomb-detecting robot to check for booby traps and other items in the complex.

“It’s unfortunate nobody thinks this will happen in your complex,” Martin’s neighbor Edwardo Morales told NBC 5.

A quiet apartment community is now the second focus of the mass shooting investigation.

Neighbors said Martin made them uneasy.

“When I saw the cops around here I knew it had to be him because he is a weird freaking guy,” neighbor Jennifer White said.

Neighbors say they he was often seen around the grounds recording them with his drone.

“He was nice and quiet but he had a drone and was taking pictures,” neighbor Jacqueline White said. “That was kinda creepy you would throw away garbage and the drone would wave at me.”

Some neighbors say their thoughts are not about Martin, but instead are with the families of his victims.

“I didn’t even know his name,” Morales said. “I hope we don’t say his name. We just have to remember the people who were lost today.”

How Building Trust Creates Confidence In Genomic and Diagnostic Recruiting