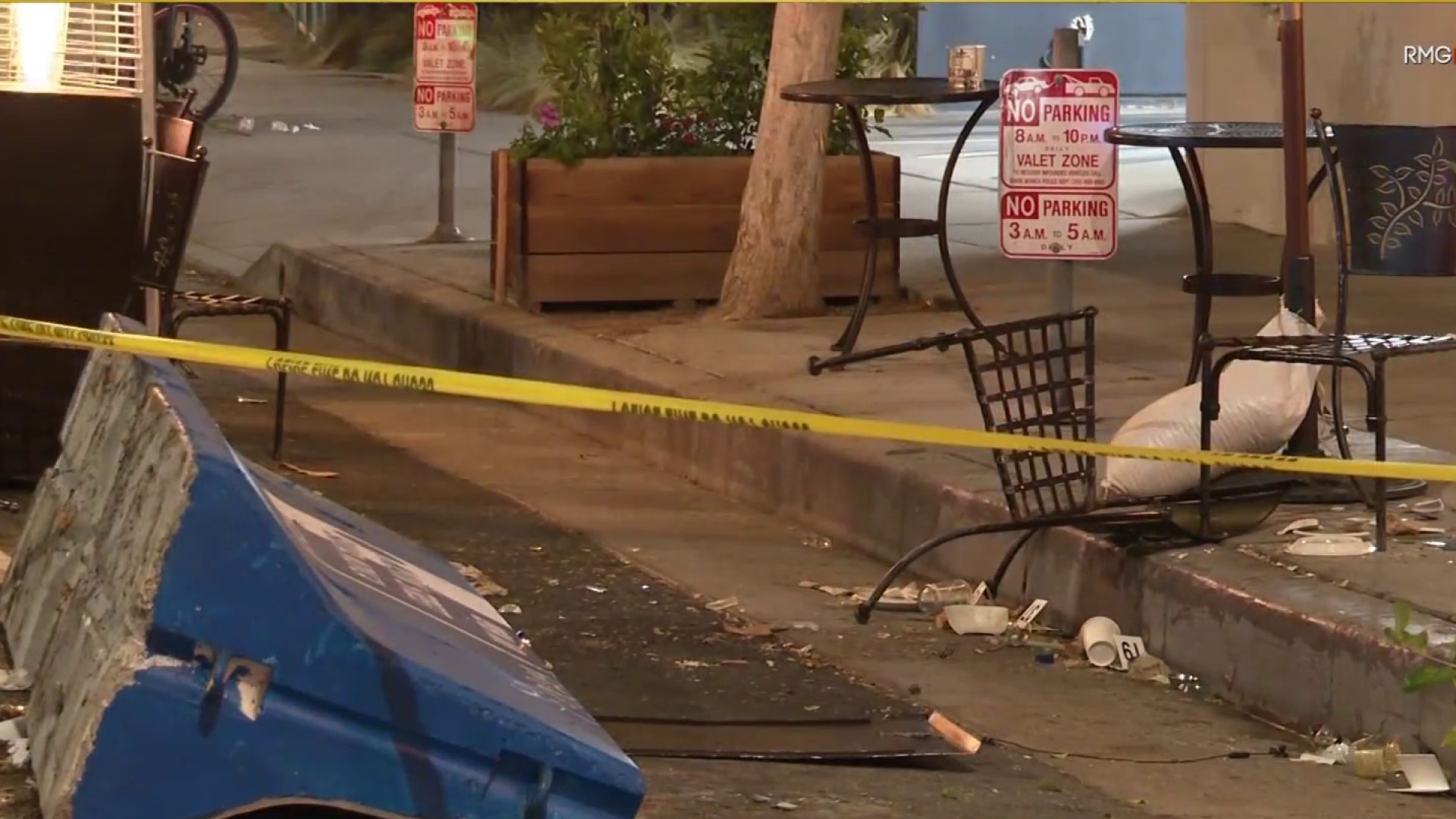 A car slammed into an outdoor dining area outside of Urth Caffé in Santa Monica Friday night injuring some customers.

The driver drove into a cement k-rail with enough force to knock it over and knock over some tables and chairs where people were enjoying their dinners.

Santa Monica police confirmed that the driver was a 21-year-old female driver from Pacific Palisades. She was arrested for a felony DUI.

The incident happened around 8 p.m. Friday night, just ahead of a three-day weekend along with Valentine’s Day weekend and the start of the Lunar New Year.

A few people were injured and one of the diners was transported to the hospital with moderate injuries to the leg.

One of the workers said at least a dozen or so diners were present at the time of the incident.