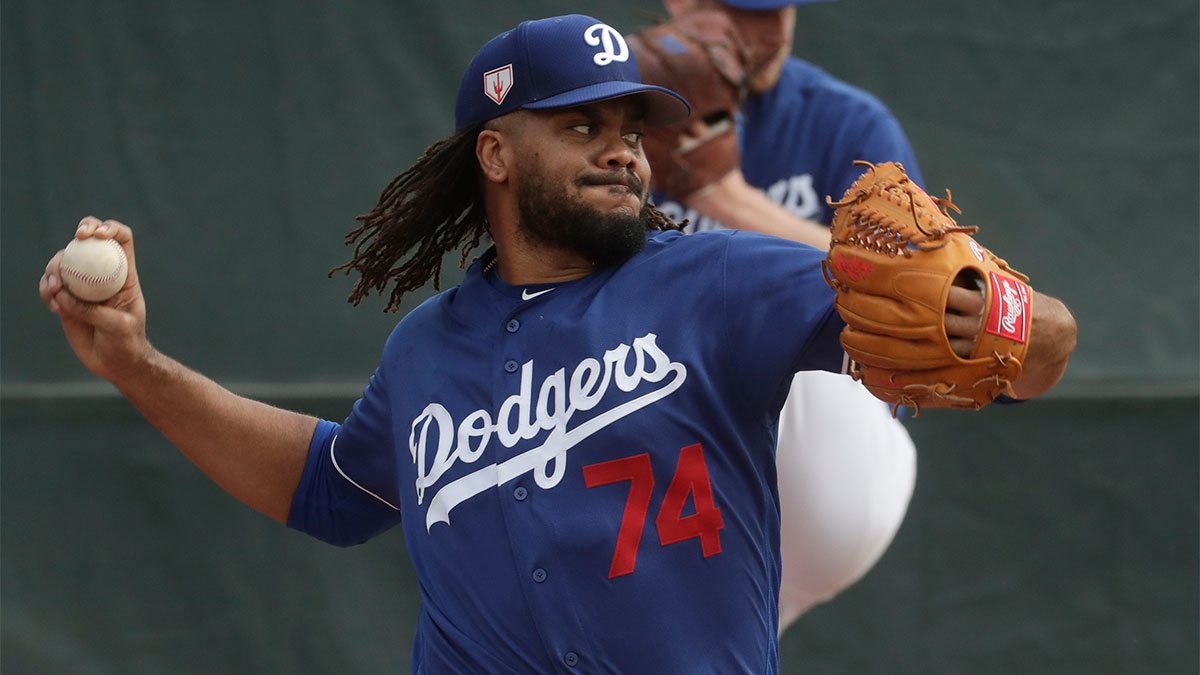 Two things motivate Kenley Jansen to lose weight: first, to improve his health, and second, to improve on the field.

Jansen, who is recovered from a heart procedure in November, said on Wednesday that he has switched to a dairy-free, no-carb diet and is working out twice a day: first thing in the morning and before he goes to bed.

“Just try to get better with my health, make sure I don’t have a lot of weight on my body so my heart will function better,” the Dodgers’ reliever said.

Jansen suffered an atrial fibrillation — an irregular heartbeat — last August and spent time on the disabled list before returning in time for the postseason.

In November, he underwent a heart procedure for the second time in six years.

Jansen, entering his 10th major league season, appeared in 69 games last season and finished with a 3.01 ERA, a career-worst despite being named to his third consecutive All-Star team.

He allowed two home runs in four innings pitched in the World Series, making three appearances in the Dodgers’ loss to the Red Sox.

His manager, Dave Roberts, knows the message. Roberts said earlier this week that Jansen’s workload will ramp up at spring training in comparison to last season, where the Dodgers “slowplayed” him.

“He had a couple little hiccups with the body and it put him back a little bit,” Roberts said. “He’s in great shape right now. He’s chomping at the bit. [We’ll] get him going a little bit more aggressively this year to get him ready for ’19.”

The new routine is already paying dividends for Jansen, seeking to improve both his health and his performance on the mound.

“Those two things motivate me and here I am, feeling better,” Jansen said.

Exhaustion and Elation: The 2019 LA Marathon in Photos