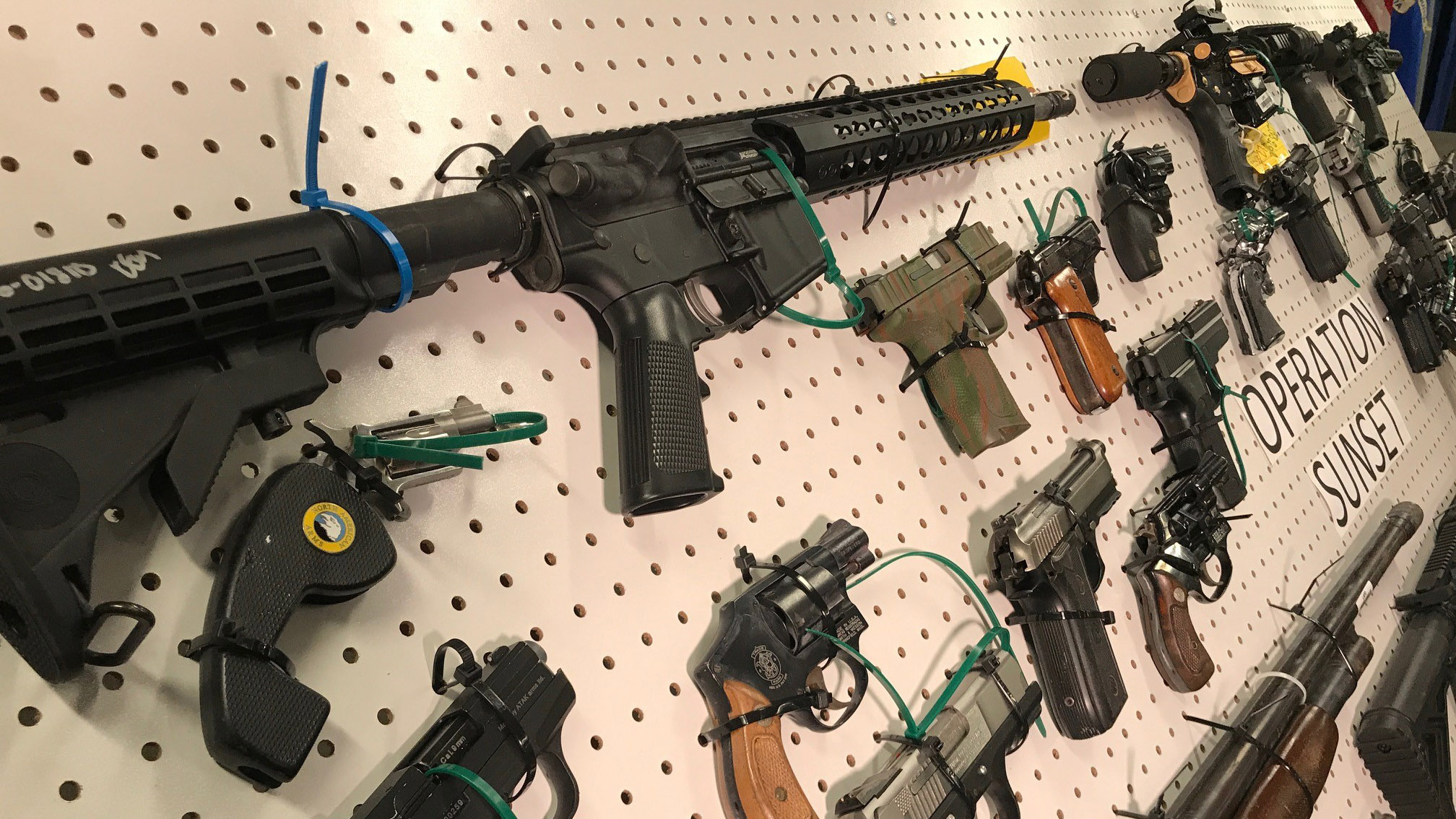 The Vineland Boys are accused of being heavily armed and involved in shootings, assaults and illegal gun sales, all in an effort to control their territory in Sun Valley, North Hollywood and Burbank, officials said.

They are accused in a shooting of a rival gang member on Lankershim Boulevard in April 2016.

The gang is also accused of being involved in the alleged manufacturing of untraceable ghost guns, AR-15-type weapons with no serial numbers. The guns were sold to gang members who were ex-felons prohibited from legally purchasing them themselves, authorities said.

The gang is also accused of dealing drugs near an elementary school, officials said.

The Vineland Boys gang was the subject of massive sweeps 14 years ago, after members of the Valley gang were indicted in the wake of the 2003 murder of Burbank Police Officer Matthew Pavelka and the attempted murder of his partner, Detective Greg Campbell, authorities said.

United States Attorney Nick Hanna said that series of raids on the gang dealt a punishing blow to its operations.

“Over the ensuing years a new generation of Vineland Boys emerged,” he said during a morning news conference. “Once again they’re plaguing their communities with violence, with drug trafficking, with extortion and other crimes. They’re aggressive. They’ve become more emboldened and they regained their swagger. But that all comes to an end today.”

Florencia-13 gang members are accused of dealing methamphetamine, heroin, cocaine and other drugs and of trying to smuggle narcotics into the California state prison and Los Angeles County jail systems, including attempting to mail two shipments totaling 100 grams of heroin to an imprisoned Mexican Mafia member, officials said.

Some 26 members and associates of the gang are accused of conspiracy charges involving drug trafficking, illegal gambling, attempted murder and assault, authorities said.

One of the alleged leaders, Leonel “Wizard” Laredo, 47, is accused of running the gang’s operations in Southern California from behind bars in Texas where he’s serving time for racketeering and drug convictions, authorities said.

Laredo’s goal, officials said, was to enrich himself and his family members and associates by charging “taxes” from drug dealers and businesses in the gang’s territory, officials said.

F13 gang members are blamed for the shooting and attempted murder of a rival gang member in South Los Angeles in December 2016, authorities said.

Another reputed gang member, Samuel Flores Mejia, whose nickname is “Menace” allegedly shot and wounded a fellow F-13 gang member to discipline him at one of the gang’s illegal gambling houses in April 2017, prosecutors said.

Thirty six defendants were named in six indictments in the Florencia-13 case. Eleven were arrested Wednesday, 16 were already in custody, and authorities are searching for nine fugitives.

Twenty five members of the Vineland Boys gang were arrested Wednesday, while another 11 were already in custody and a search was continuing for the remaining nine defendants, four of whom are believed to be in Mexico, officials said.

Rescuers Save Woman After Plummet Down San Gabriel Mountains