A typo in an email address connected total strangers — and will result in an unlikely guest at a party in Vermont this weekend.

“I try to be open to things in life,” said Will Novak of Arizona, who was accidentally invited to the bachelor party of a man he never met.

A typo meant the invitation went to Will instead of to Bill Novak of Brooklyn, because their email addresses — like their names — are just a single letter off from one another.

“He’s a really nice guy,” Bill Novak said of Will Novak, referring to the email and texting friendship that developed after other party guests sorted out the email confusion. 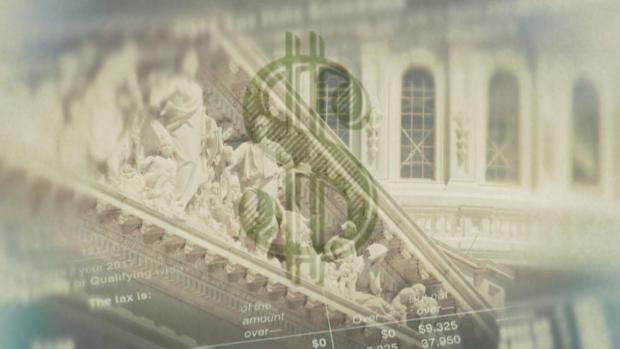 The invitation was to a bachelor party for a man named Angelo and will be held this weekend at Vermont’s Okemo Mountain Resort.

Will Novak responded to the misdirected message, accepting the invitation, because he said he thought Angelo and his friends seemed cool.

“The fact they wrote back and met me at my level of intensity and enthusiasm and were like, ‘You seem great, you’re hilarious, come on out — let’s have fun,’ was amazing,” Will Novak said.

“It’s very crazy,” Bill Novak acknowledged, adding that he thinks his group of friends will all get along with the stranger from Arizona, based on the sense of humor and fun Will has demonstrated.

The director of Okemo’s ski-and-ride school said he will give the Arizonan beginner lessons, hoping to get his skills to the point where he can take an easy run with the whole bachelor party.

“I’ve never heard of anything even close to something like this,” ski-and-ride instructor Chris Saylor said of the unusual reason the guest is attending the bachelor party. “I think the friendship they’re going to build with people they’ve never met before, just through an errant email — it’s going to be stories for a lifetime!”

Bill Novak, the intended guest, said he can’t wait to meet the other Novak, and made a T-shirt staking his claim that he’s the “real” Will Novak.

Will Novak, the one in Arizona, said he is curious if his return trip home Sunday may be delayed by snow this weekend in New England. If it is, no biggie, he said: he’ll just have more time to spend with his new buddies.

Thursday, Gov. Phil Scott, R-Vermont, tweeted well-wishes to the groom-to-be and the guests at the bachelor party.

“Please extend my congratulations to Angelo and his bride-to-be on their wedding!” Scott tweeted. “It’s always great when new people visit Vermont. I hope you all have a fun weekend. Be safe and enjoy the snow!”

Stray Pig Named Piggy Smalls Up for Adoption on the Peninsula