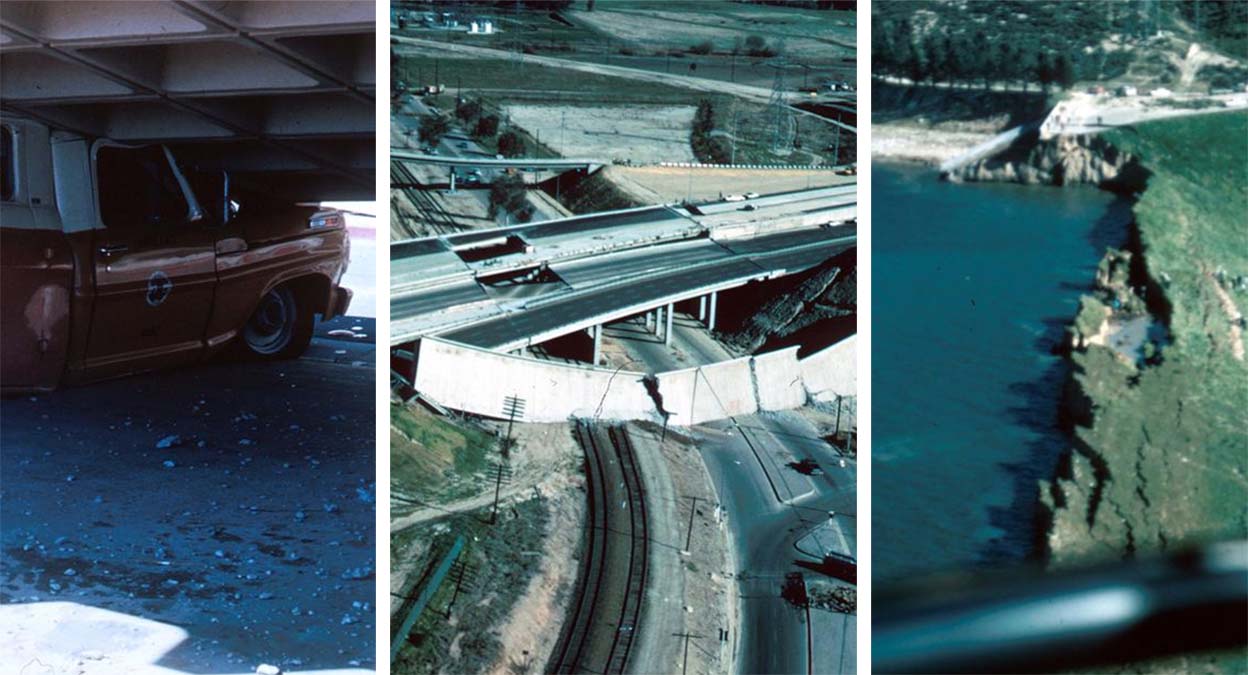 Also known as the Sylmar Earthquake, the magnitude-6.5 quake was reported on a Tuesday at about 6:01 a.m. Its origin was in the foothills of the San Gabriel Mountains north of Los Angeles, but shaking was felt across a widespread part of the San Fernando Valley.

Both the Veteran’s Administration Hospital and Olive View Medical Center in Sylmar were severely damaged, accounting for many of the deaths. Much like the Northridge Earthquake 23 years later, the quake also tore apart freeway overpasses.

But the threat of disaster didn’t end when the shaking stopped. There was fear of an imminent collapse of the Van Norman Dam, which held more than 3.5 billion gallons of water just northwest of San Fernando. Part of the dam crumbled in the quake, and more damage was reported with each aftershock. Residents along the 405 Freeway were evacuated for days until the dam was shored up and determined to be safe.

Below, a look back at the Sylmar Earthquake.