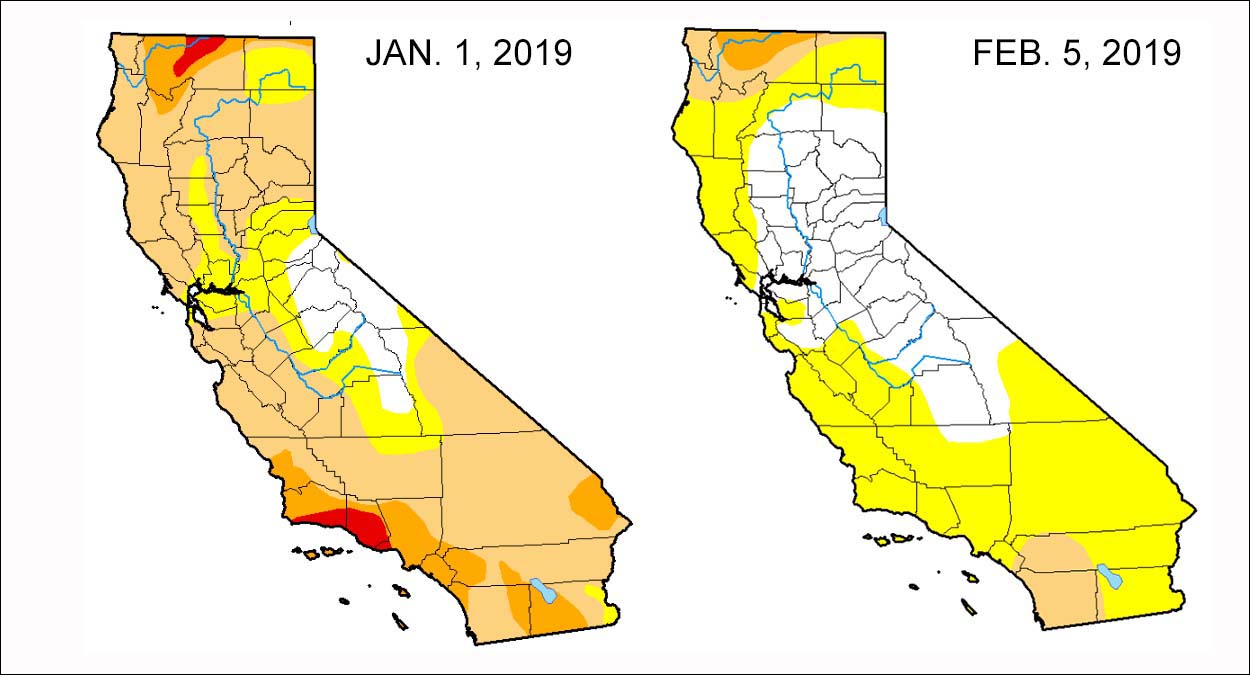 The U.S. Drought Monitor reports Thursday that more than 34 percent of the state including the Sierra Nevada, much of the Central Valley and the San Francisco Bay Area is free of any significant dryness.

The monitor says heavy rain has also removed most of the moderate drought that stretched from the Central Coast down through the southern tier of the state, leaving a lesser condition designated as abnormally dry.

Just about 10 1/2 percent of California — in the far north and south — is categorized as being in moderate or severe drought.

The maps above show drought conditions in California at the start of 2019 and on Feb. 5, 2019. White areas indicate no drought, yellow areas are abnormally dry, tan indicates moderate drought, orange is severe and red denotes areas of extreme drought.

At the start of the year less than 8 percent of California was free of any drought or abnormally dry conditions.

Top 6 Reasons Why You Should Consider Polished Concrete