HOLLYWOOD, Calif. (KABC) — A motorist was arrested on suspicion of driving under the influence after an orange Lamborghini crashed in Hollywood early Saturday morning, injuring at least two other people who were inside the luxury sports car, authorities said.

Firefighter-paramedics were dispatched shortly before 2:30 a.m. to the parking lot of U.S. Postal Service’s Hollywood station in 6500 block of Selma Avenue. No one was transported to a hospital, according to Brian Humphrey of the Los Angeles Fire Department.

The injuries to the driver and two of his passengers were considered minor, according to a Los Angeles Police Department spokesperson. 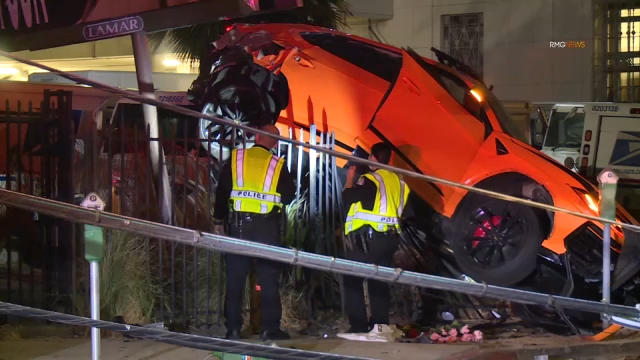 News video from the scene showed the vehicle’s wreckage perched atop a damaged wrought-iron fence behind the post office, a short distance from where several Postal Service vehicles were parked.

LA City Considers Opening Places Where You Can Smoke Pot