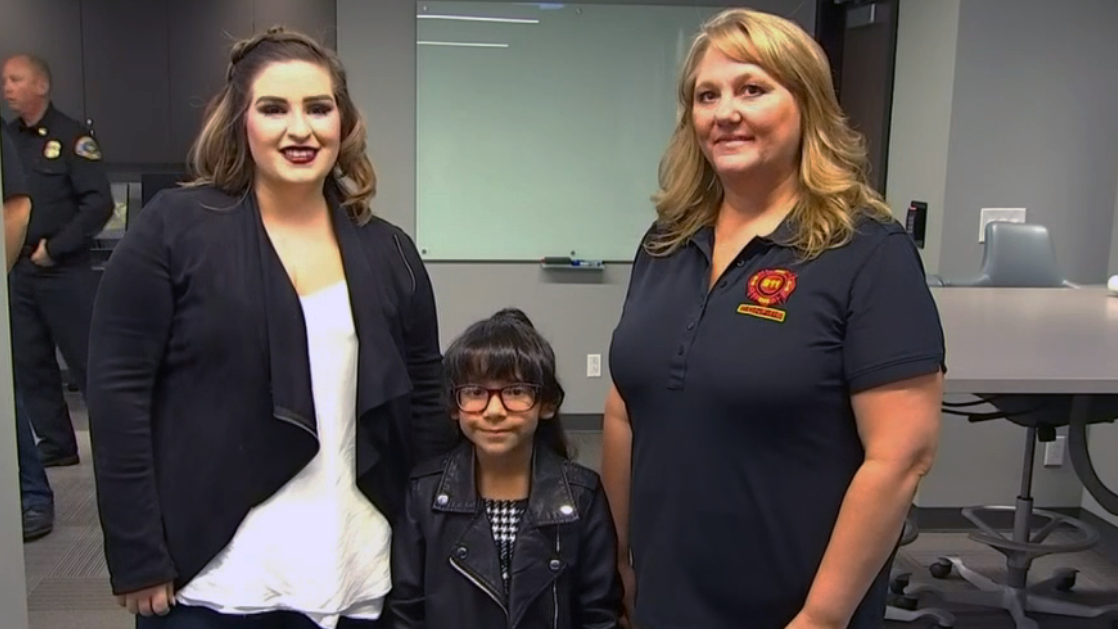 It was a call 911 operators will never forget.

Nine-year-old Nevaeh Telles was home alone with her mother who wasn’t feeling well. After her mother went into the kitchen, she could tell something was wrong.

Her mom fell and hit her head while suffering a seizure. Calm, cool and collected, Nevaeh got on the phone immediately.

Operators were shocked when they heard the 9-year-old on the other end of the line.

“I picked up the phone, it was a 911 line and it was this tiny little voice,” said dispatcher Laura Vicente. “‘My Mom’s not breathing,’ was the first thing out of her mouth.'”

Nevaeh’s quick-thinking got her mother the help she needed and avoided a possible fatal situation.

“She did so great,” Vicente said. “She knew her address, she knew her phone number and she told us what she needed – she was amazing.”

The girl was honored by both Fontana Police and the San Bernadino County Fire Department with multiple certificates and medals. Officials awarded her for her “bravery and excellent work under pressure.”

The mother, Jennifer Estrada, was particularly thankful for her daughter’s heroism.

“She really saved me,” she said. “Thank God she was there.”

adino Fire Departments for her bravery and ability to think under pressure.