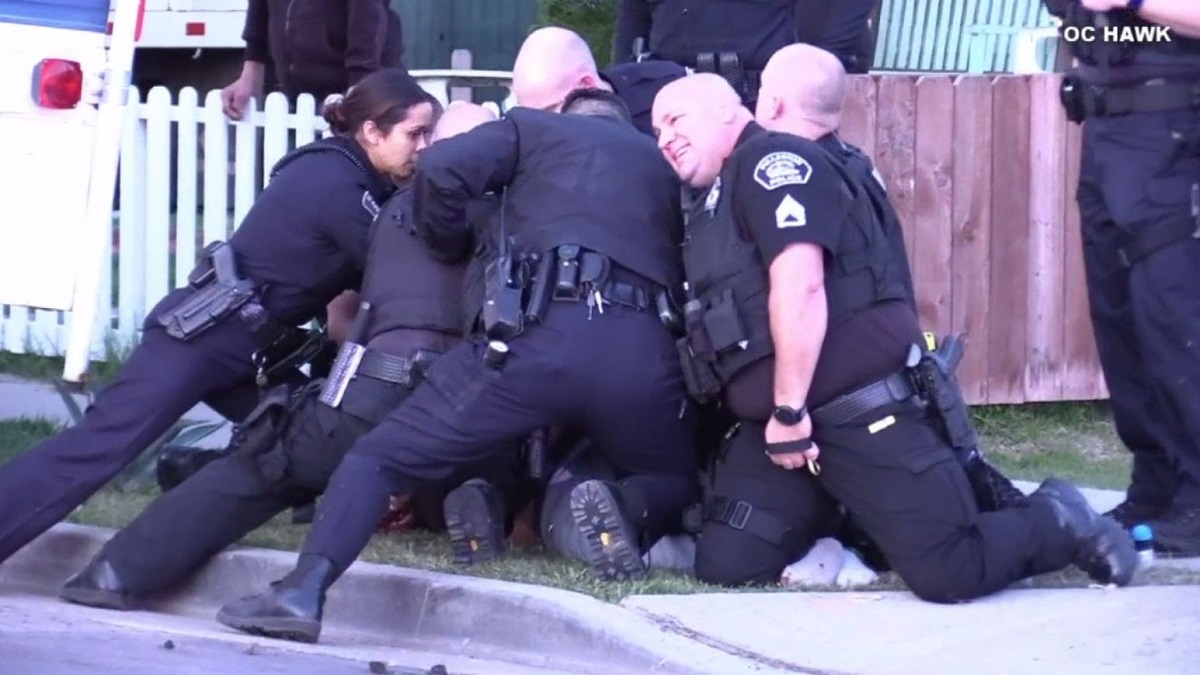 A man died in police custody Monday after Fullerton Police say the suspect rushed at them and had previously been on a destructive rampage in the neighborhood.

Police said they attempted to deescalate the situation by firing non-lethal rounds and tasering the man three times, but that failed to calm the man.

Paramedics administered a calming drug on the man, and he stopped breathing en route to the hospital, police said.

Earlier, the 23-year-old man was caught on a security camera punching and kicking down a door. The terrified woman at home alone could be seen screaming for help.

Neighbors said that they feared for their safety when they spotted the man on the street.

“He would run to the middle of the street and start yelling,” Leticia Ruelas, a witness, said.

Ruelas added, “When I heard the girl yelling is when I called the police again a second time.”

Police say the man’s own family called police at shortly before 3:30 p.m. Then, someone else called police just before 5:30 p.m. about the same man acting violently.

Ultimately, police arrived on the scene and located the man, but their attempts to calm the man without using lethal force failed to save his life.

How Building Trust Creates Confidence In Genomic and Diagnostic Recruiting

‘Roma’ Explored 1970s Mexico. Here’s How Issues in the Film Have Played Out