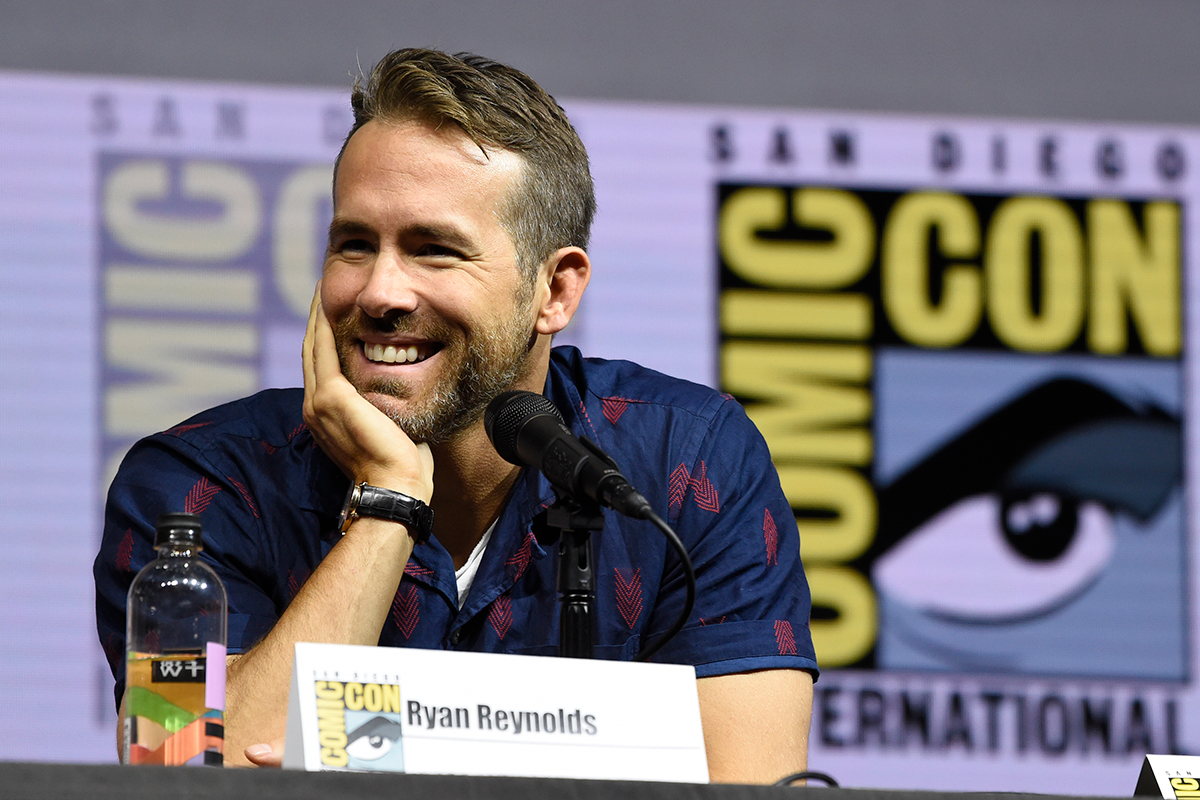 Ryan Reynolds has this whole parenting thing down.

Reynolds, 44, and his wife, Blake Lively, have joined the hoards of other parents whose children are obsessed with “Baby Shark.” To mitigate the situation, the actor and father of three came up with the perfect solution to his problem with a little help from Lively and her movie “The Shallows” about a surfer attacked by a great white shark.

Reynolds shared this hilarious revelation about his youngest child, Betty, on Twitter and Instagram. Reynolds and Lively are also parents to daughters James, 6, and Inez, 4.

“My one year old daughter is obsessed with Baby Shark. All day. Every day. And there’s only one way to fix this,” he wrote, adding a promotional poster of the 2016 thriller.

The actor received plenty of support from fellow parents whose children are also obsessed with the hit by Pinkfong, which currently has over 8.4 billion views on YouTube.

One Twitter user sympathized with Reynolds, responding to his tweet, “Let us know how this goes, currently in baby shark hell over here.”

“That’s the best parenting advice I’ve ever gotten ?,” another fan replied. “thanks for the solution.”

“Lol you need to write a parenting book!! I’d buy it …” wrote a third.

The father of three daughters has been candid about his experiences raising children with Lively, usually sprinkling in his trademark sarcasm and wit.

At the beginning of the pandemic last April during an appearance on “The Tonight Show”, he gushed about spending quality time with his kids.

“It was a toss-up for a minute there: Should I quarantine with my publicly facing family or my secret family in Denmark?” Reynolds joked. “I miss Luna, Lærke and Unna, very much so.”

In November, the actor sat down with Hoda Kotb on TODAY to discuss the best and worst parts of life in lockdown. “The best I would say is the time spending with family, with my kids, having an incredibly concentrated amount of time with them during a period in their lives that I’ll never get back,” he said.

When it came to the worst part, his answer was just about the same. “If I’m to pick the worst thing, it’s probably the incredibly concentrated amount of time I’ve had with my kids in a time that I’ll never get back, so … being totally frank here,” he quipped.

The Aviation Gin co-owner also opened up to Entertainment Tonight last November about which of his daughter’s he’s been enjoying spending the most time with.

“I have a new baby,” he explained. “She’s a little over a year now, so I really like hanging out with her, ‘cause it’s fun watching her grow up.”

This story first appeared on TODAY.com. More from TODAY: