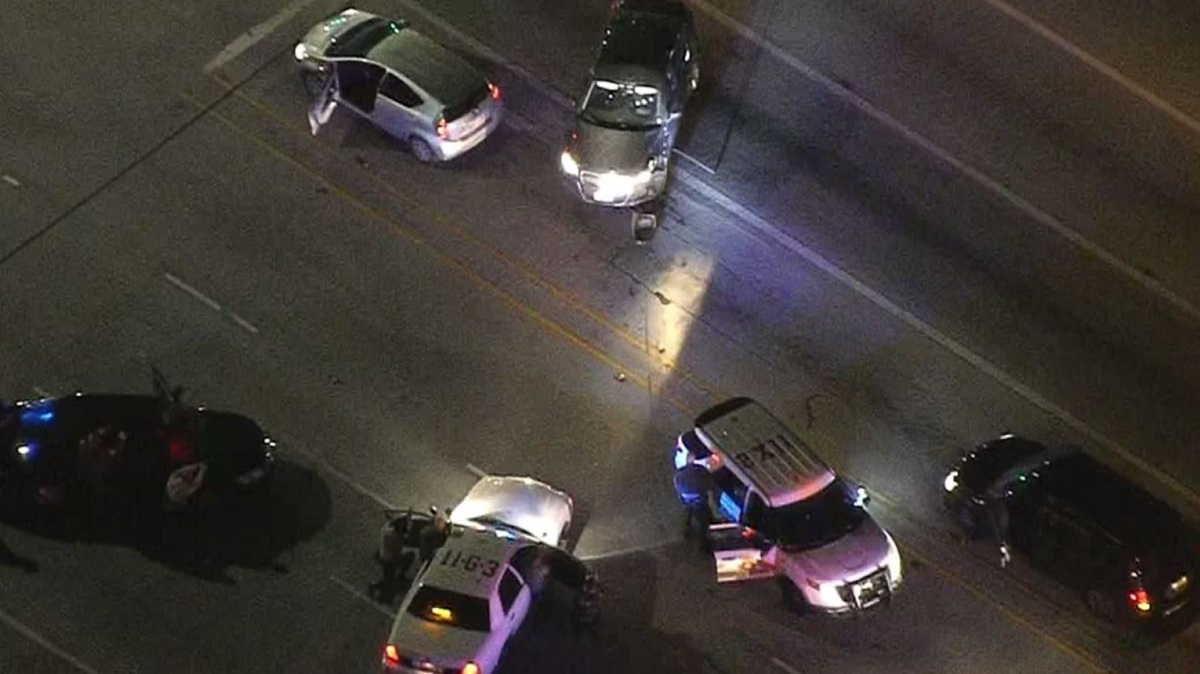 A chase in the Inland Empire ended in a hail of gunfire Wednesday night in Fontana.

The pursuit began in Apple Valley at around 7:44 p.m., according to the San Bernardino County Sheriff’s Department. Jeff Allison, SBSD Public Information Officer at the scene, said the pursuit began after officers performed a check on a parolee and the parolee fled.

It continued on the 15 and 10 freeways. Deputies opened fire at the end of the chase, according to the sheriff’s department.

Soon after, officers moved in and removed the man from the vehicle. An ambulance arrived a short time later to treat the man for his wounds. It was not immediately clear how severe the driver’s injuries were or why the police were chasing the vehicle.

The driver was transported to the hospital, but his condition remains unknown.

Want to Be a Reality TV Star? Netflix is Hosting the Largest Reality Casting Call Ever – NBC Los Angeles