A team of Philadelphia real estate investors was lucky to avoid what could have been a tragedy after coming across a stairway booby-trapped with a swinging knife.

Ekrem Uysaler said he and his team were scoping out a home in Southwest Philly on Jan. 2 when one of his coworkers saw a small line coming across a stairway that was covered in glass shards. As their head construction manager was about to walk up, the men stopped him in his tracks.

Once they stopped their construction manager, Uysaler said, the men saw a piece of string on the ground and knew something was amiss. They found a pole in the building and began filming.

“Holy crap,” Uysaler recalled thinking as they used the pole to pull the string only to be met with a fast-moving, downward-swinging crutch. Duct taped to the end of the crutch was a large knife pointing right to where a person’s head would have been. 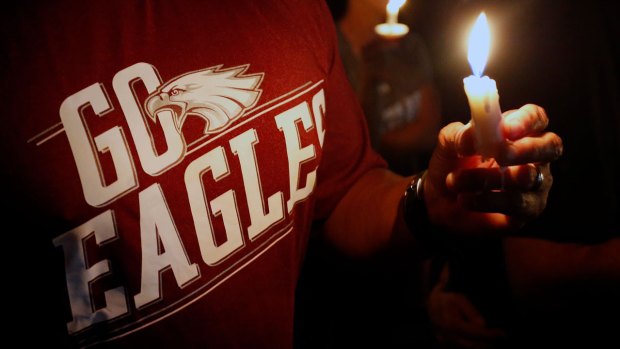 In the video, the men can be heard expressing their shock through a string of expletives. “It could’ve done a lot of damage, but luckily we saw it before anybody got hurt,” Usayler said.

Though Usayler said it’s somewhat commonplace to find surprising and even dangerous things in his line of work – like drug stashes or abandoned dogs – this booby-trapped staircase took it to another level.

Though he walked away with quite the scare, Usayler is now able to see the funny side of it all.

“It’s like ‘Home Alone,’ Delco style, Philly style,” he said with a laugh.

Caught on Video: Woman Sips a Beer While Getting Arrested