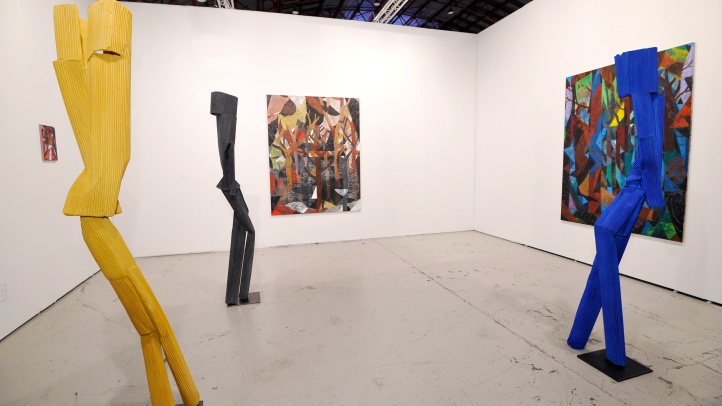 Big Art: January may be Art Month around Southern California, but the huge art spectaculars are still rolling, with a double-header of creative delight heading for Hollywood and Santa Monica over the holiday weekend. Frieze Los Angeles will mark its first-ever local event by “… bring(ing) together over 70 of the most significant and forward-thinking galleries from across the city and around the world,” with a program of talks, films, and more (at Paramount Studios from Feb. 15-17). And at Barker Hangar in Santa Monica? The mondo Art Los Angeles Contemporary will also host a caboodle of exciting galleries and events, through Feb. 17.

Black History Parade and Festival: Where to find “… one of the biggest and longest-running black history parades in California”? In Pasadena, with a start at Fair Oaks Avenue and Figueroa Street in Altadena. Arrive early for the popular parade, find your spot, and prepare to cheer on the many participants, including “the Wilson Middle School Drum Corps, Miss Black Pasadena, the Wells Fargo Stage Coach, Buffalo Soldiers, the Pasadena City College Band,” and dozens of others. The date? Be there on Saturday, Feb. 16, starting at 10 a.m., and be sure to stay for the beloved festival that follows at Robinson Park.

ScotsFestival: The chances to see a caber tossed through the air, as though it weighs as much as a tennis ball, are quite few, but if you happen to be at the Queen Mary, in the middle of February, your dreams of experiencing authentic Highland Games can come true. Of course, the powerful athleticism on display in various events thrills, but there are other pleasures at the Feb. 16 and 17 celebration, which honors the country where the Queen Mary first rose. Sheepherding demos? Whisky tastings? Archery and dancing and knighting ceremonies? “Aye” to all of the above, and so much more.

LA Chinese Firecracker: We may be well into the Year of the Pig, time-wise, but the happy celebrations continue, including this venerable happening. The 100,000 firecracker display will happen just ahead of the Sunday, Feb. 17 run/walk, but if you want to join the bike ride, that’s happening on Saturday, Feb. 16 (as is the special dog walk). The free festival? That’s reveling over both weekend days, and will include lion dances, taiko drums, and a host of performances. Other Lunar New Year events are still shimmering, too, with a free festival at Santa Monica Place on Feb. 16 and a free party at the Original Farmers Market on Feb. 17.

Into the Desert: What happens when two widely known events bloom at basically the same moment in basically the same place? It’s quite the convivial celebration, in short, which is what is happening in the desert resort cities over the third weekend of February. Modernism Week is here, as of Valentine’s Day, and the mega, multi-day to-do, which spotlights everything mid-century, will include tours, talks, and lots of places to show off your vintage looks. And Desert X is entering its second weekend, but do check roads first, what with the stormy weather, as a few of the installations are in more remote locales.

PHOTOS: Oscars 2019 carpet fashion as the stars arrive at the Academy Awards